Today I got one of those calls that shake and sometimes break us. Leo, one of my oldest friends is no more. He passed away from sudden cardiac death. 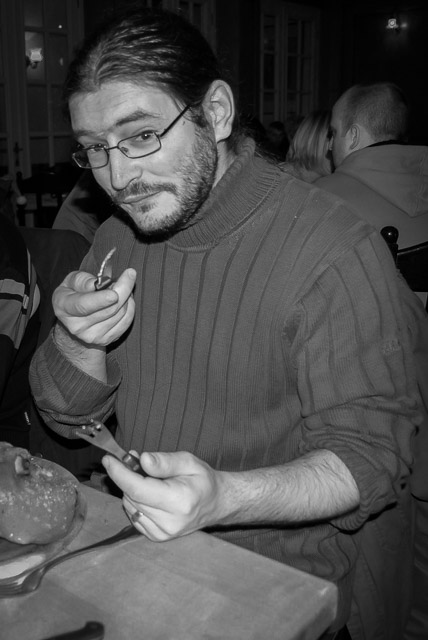 I forgot so many things along my way to where I am now, but for some reason I still vividly remember the first time I talked to Leo. He came to our class as an addition and in physical education we were paired for the 100m sprint. We briefly spoke about Asthma, we ran and I beat him. Now I would love to be able to ask him if he was just polite being in a new environment or if he truly lost.

At times we (a communist and a left wing liberal) had a very different world view, we even yelled at each other and we felt desperate because of each others inability to see what we thought to be the simple and obvious truth. But through all those years and all those fights we were connected by a constant friendship. We shared school desks, attended football games and pulled all-nighters with Anstoss 3, World of Warcraft, pen and paper RPGs and World of Tanks. Together we defeated the Lich King, we went out to have drinks and we talked and talked and talked.

I feel not only empty and sad with Leo’s passing but I am also scared. Leo was gone in a moment without a chance to pursue all those things he most likely wanted to do but decided to do later. I feel blessed because I have wonderful friends, a job that I genuinely enjoy and the freedom to do at least some of the things I would like to do. But I have to make good use of this freedom each and every day instead of hoping that there will enough time to do it later.

Farewell old friend! Tonight I will open a bottle of red wine and down a glass of this awful swill that you always enjoyed to your honour. Du fehlst.